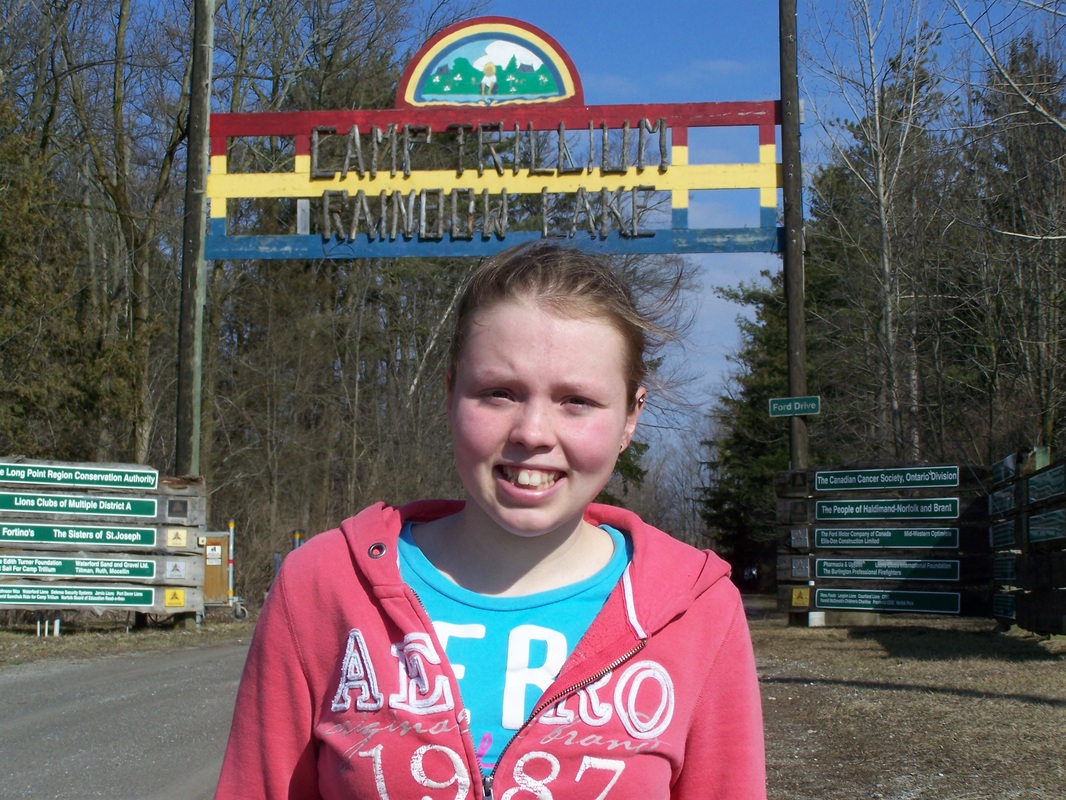 Swimming for others takes on a whole new meaning when the swimmer is only 14 years old and the conditions are borderline wild. Annaleise Carr is the epitome of selflessness as she selected Camp Trillium to support on her marathon swim attempt across Lake Ontario.

Through her courageous 26 hour 41 minute crossing of the lake, the Lake Ontario Swim Team member touched the hearts of people throughout Canada, motivating them to donate over $230,000 for the Trillium Childhood Cancer Support Centre. Through the night, over wind-generated waves come from all directions, and despite plunging water temperatures, the youngest 24-hour Club member never wavered and drew motivation every time her crew told her that more donations were pouring in. For maturity beyond her years; for her deeply felt commitment to raise money to support children with cancer, for her commitment to tackle a tough 26-hour swim, the new Lady of the Lake Annaleise Carr is a worthy nominee for the 2012 WOWSA Open Water Swimming Woman of the Year.

Voting for the WOWSA Awards will take place at www.worldopenwaterswimmingassociation.com until December 31st.

Alistair Thomas was her land logistics coordinator on the Toronto End during Carr's Lake Ontario swim. This is his story about the inspirational bundle of teenage energy:

Annaleise is a 14-year-old girl who took it upon herself after consulting and receiving permission from her parents that she wanted to swim across Lake Ontario to raise funds for Camp Trillium (Cancer Camp for Children and their families). Annaleise went to Camp Trillium with the hope of working there, but she was turned down because Camp Trillium rules state you have to be 18 years old.

Annaleise wanted to turn this experience into a positive one. She thought about doing a fundraiser since swimming was her passion which has been doing since age 4. On her own, she decided that she wanted to swim across Lake Ontario as a fundraiser for Camp Trillium.

She spoke to her sister, and her sister said you can do it go for it. Annaleise spoke to her parents Jeff and Debbie Carr. They were hesitant at first, but in time they considered her request. Her father decided to so some research and acquired a 70-page document from Solo Swims Ontario, the governing body that oversees the rules and regulations for Lake Ontario solo swims.

Through the months of early 2012, paperwork was filled out and a team had to be assembled to assist Annaleise with her swim. Annaleise never gave up and soon as weather permitted she began training in open water for the her 52.5 km swim from Niagara-on-the-lake to Marilyn Bell Park in Toronto. Annaleise was required to qualify which meant that she had to swim 18 km in 8 hours. She did this swim in 6 hours.

As the months passed into spring, Annaleise fundraising picked up. Her community of Norfolk, Ontario began donating money with many donors came forth. Annaleise's fundraising goal that she had independently set was $30,000. Annaleise continued to train during the spring and summer months while still raising money for Camp Trillium.

As summer approached, her team was in place to assist her in the water and meet the requirements of Solo Swims Ontario.

August 17th was the set date for her to leave Niagara-on-the-lake to Marilyn Bell Park in Toronto. Unfortunately, that day the swim was postponed due to high winds and waves.

On August 18th, Annaleise departed Niagara-on-the-lake at 6:15 pm for her 18-hour journey across Lake Ontario to the arrival point of Marilyn Bell Park in Toronto. Mid-way through her swim and at night, Annaleise had to battle 5-foot waves and winds which pushed her off course considerably. Annaleise managed to endure the challenge and through the morning and afternoon of August 19th, she was back on course. Annaleise was supported on the water by boats and kayak, along with volunteers who were lifeguards, physiotherapist, her doctor, support crew, swim pacer and her swim coach Lisa Anderson who was in a boat beside her for the full journey and encouraged and supported her through ups and downs.

Through her trip, Annaleise ate every hour and consumed liquids to sustain her energy levels. She ate and drank from a stick that was outfitted at its tip to allowed her to eat and drink.

While swimming and as the media attention grew, so did the funds. They were pouring in not just locally but also nationally. Annaleise's donation amount grew from her goal of $30,000 to $50,000. She was advised what the total has grown. Hearing this, drove her more. She became more determined and began to pick up her pace. Media coverage was extensive. Her parents were being interviewed by so many media outlets which broadcasted hourly updates along with interviews of various people that had gathered along the receiving point.

Many of those people young and old stated how proud they were and what a inspiration Annaleise had been to them. Many youth also expressed the same. Annaleise's swim brought many tears to people knowing that her endeavor was to raise funds for a Cancer Camp for children. All along her swim route, Annaleise was insistent and expressed to her crew that she was going to complete her swim to benefit the Kids at Camp Trillium and that she was not going to stop until she touched the wall at Marilyn Bell Park.

By noon August 19th, Annaleise donation total was $80,000. Her crew again told her. She kept swimming knowing the goal she had set. By early evening, the national media broadcasted her story. People from around the country were cheering her on and were sending her messages to her website. Media coverage in other provinces were showing a national support. They praised her and tearingly stated she is an inspiration to them.

Many children around the country were so taken back with her success. By early evening Annaleise's donation amount grew to $100,000. By this time Annaliese was in the water for over 18 hours. The donations motivated her to keep going.

By evening Annaleise had attracted international attention. All major American channels were broadcasting the event live with hourly updates. Annaleise was now receiving international donations and countless amount of international emails and messages cheering her on. Young and old shared a common sense of cheer, gratitude, inspiration, admiration, and a pure sense of Canadian proudness that one of their own is doing the unimaginable.

As Annaleise approached the wall the cheers were deafening. Her crew, also exhausted, guided her in with cheers and grace. Her swim coach was so focused on her that she was just a few feet away. Annaleise touched the Marilyn Bell Park wall, in the same general location that Marilyn Bell touched in 1954.

At the point of touching the wall, Annaleise was in the water for 27 hours, 9 more hours than expected. She also swam more than the 52.5 km due to bad weather she had encountered. Ladders in place, her doctor with her, medical crew on standby and thousands of people in all in pure silence waiting for Annaleise to climb the ladder up and over the wall. Her doctor who traveled with her checked her out and gave her the clear to proceed up the ladder.

I remember grabbing her hand and helping her up, asking Annaliese go slow and hold on to me and Ross, the media spokesperson. She said, "I'm OK. I can do it." As she came up, she was able to stand and was immediately greeted by her sister who she first consulted who said "go ahead you can do it". Her parents Jeff, Debbie and other sibling hugged her. The cheers were so deafening that we had to yell and speak to Annaleise.

She was covered with a blanket and sat in a chair for a further check-up by her doctor. Soon after she was taken by Medical Transport to Sick Kids Hospital. She was released 1 hour later and then began her path into history.